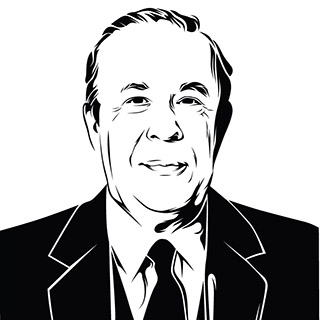 George Pratt Shultz (born in 1920) is an American economist, elder statesman, and businessman. He served in various positions under three different Republican presidents. Along with Elliot Richardson, he is one of two individuals to serve in four different Cabinet positions. He played a major policy role in shaping the foreign policy of the Ronald Reagan administration. The plight of Soviet Jewry was one of the most prominent issues on Shultz’s agenda, who naming exact names, used his position and influence to obtain the release of specific prisoners from the Soviet Union. He retired from public office in 1989 but remained active in business and politics. Shultz is the oldest living former U.S. Cabinet member. 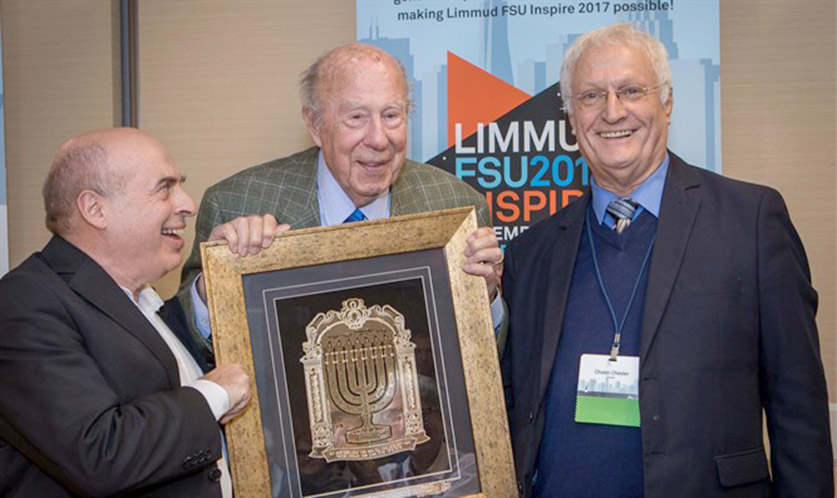 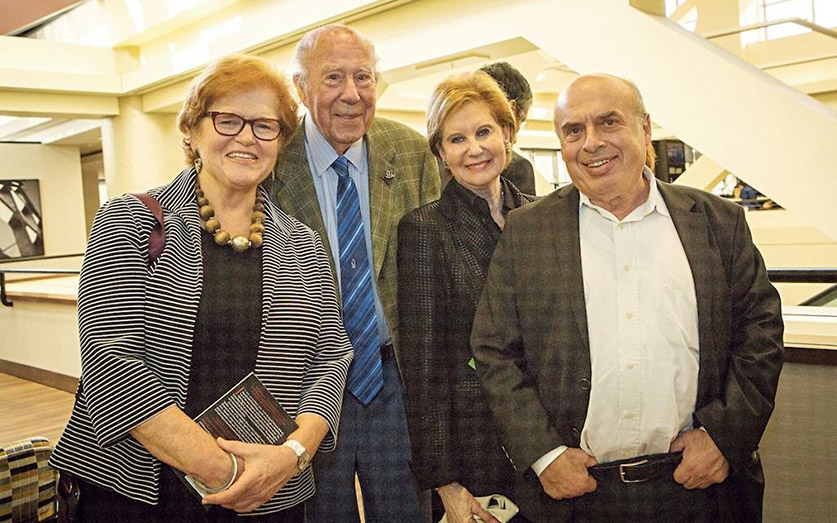 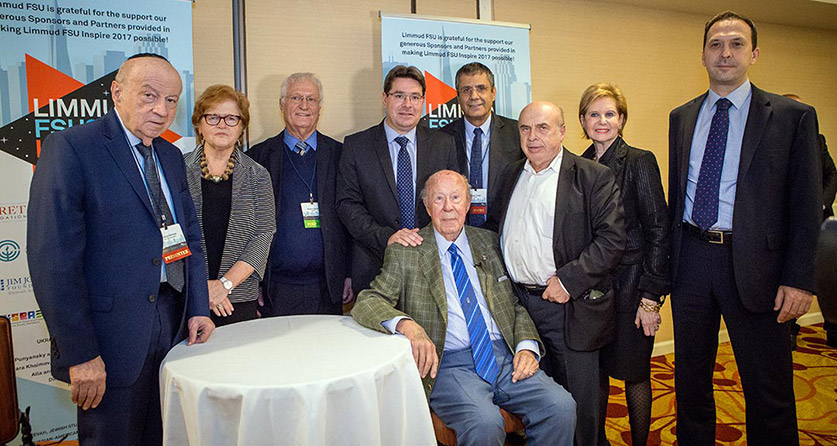 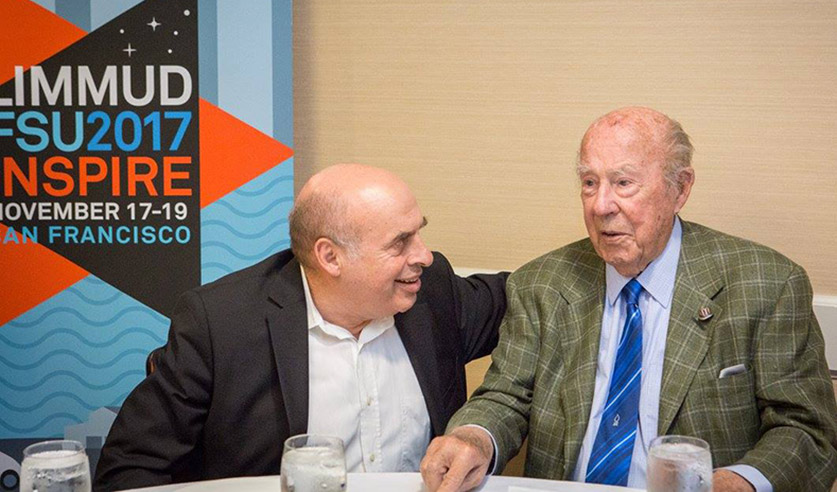 More than three decades after his release from Soviet imprisonment, Natan Sharansky, the former refusenik and current Chairman of the Jewish Agency for Israel, met former US Secretary of State, George P. Shultz, and awarded him with a life achievement award for his contribution to the struggle of Soviet Jewry for the right to liberty and freedom.

The event took place in the framework of the 2017 Limmud FSU West Coast conference, taking place in San Francisco, with more than 800 Russian-speaking Jewish participants. Julius Berman, President of the Claims Conference for Material Claims against Germany and Israel’s Minister of Science and Technology, Ofir Akunis, also took part in the ceremony.

Sharansky’s incarceration in the USSR became a major human rights cause for Shultz and President Ronald Reagan, who campaigned for his release which eventually took place in 1986. The plight of Soviet Jewry was one of the most prominent issues on Shultz’s agenda, who naming exact names, used his position and influence to obtain the release of specific prisoners from the Soviet Union.

“Shultz was the first to call me after my release, even before President Reagan,” Sharansky told the audience. Addressing Shultz, he said, “You played a crucial role in bringing down the Iron Curtain and giving freedom to the people. I can assure you that your name will remain with us forever as a liberator of millions of Soviet Jews.”

“I have a great sense of gratitude to the Soviet Jews because they showed us what courage is all about,” said Shultz in his speech of acceptance. “They showed us how important it is to stand up for what you believe in and to never give up”.