Over 500 Young Jews to Gather for Limmud FSU Conference in Odessa
by Ahuva Balofsky,Breaking Israel News
read the story 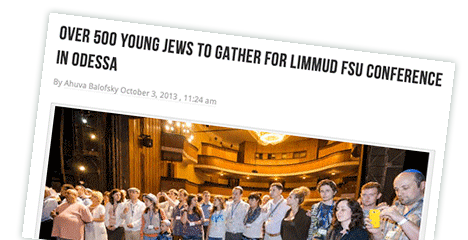 A delegation of 60 Limmud FSU volunteers, including four Canadians participated at this year’s International March of the Living – part of the Global Leadership Summit in Warsaw this month
by Tova Friedman, The Canadian Jewish News
read the story 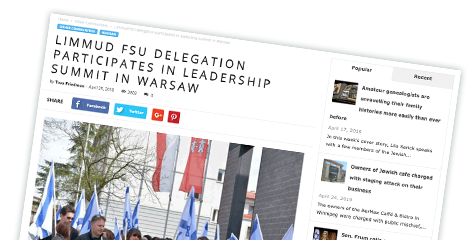 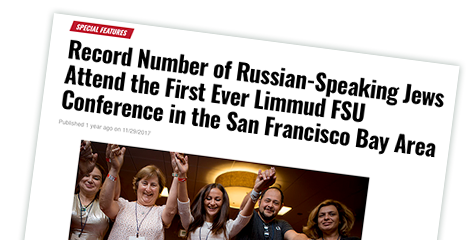 Dialogue on the Volga

Maariv story about Limmud FSU conference held in the city of Kazan, with the aim to create dialogue between 3 religions
by Mordechai Haimovich, Maariv
read the story 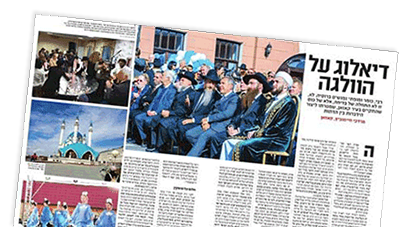 A story by the leading UK Jewish newspaper Jewish News about the first ever Limmud FSU in Europe, taking place in London, with more than 650 Russian Speaking Jews from all over the continent.
by Jenni Frazer, Jewish News
read the story 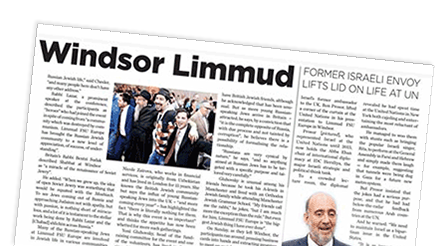 Living in a Movie

A wonderful story in Maariv on the first ever Limmud FSU in the West Coast, and the splendid Jewish life in Los Angeles that no boycott would spoil.
by Mordechai Haimovich, Maariv
read the story 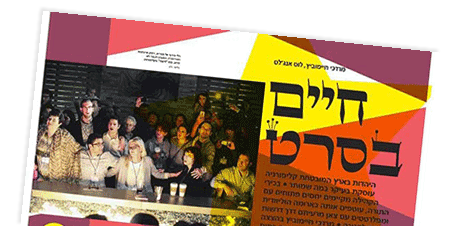 By the Red Sea

Magnificent JPOST overview of the annual Limmud FSU Israel, that took place in Eilat, with a record number of participants (more than 2,000), Ministers and high-level officials.
by Dan K. Eisenbud, Jerusalem Post
read the story 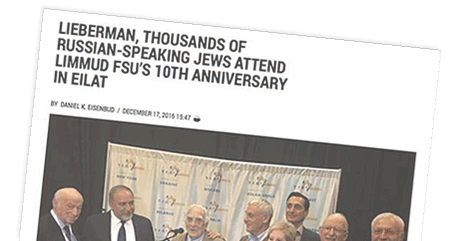 Fox news article about the commemorating event, initiated by Limmud FSU, in the memory of Nobel prize laureate Elie Wiesel that took place in Sighet, Romania and included a march with a participation of thousands of local citizens and senior officials from all over the world.
by Fox News
read the story 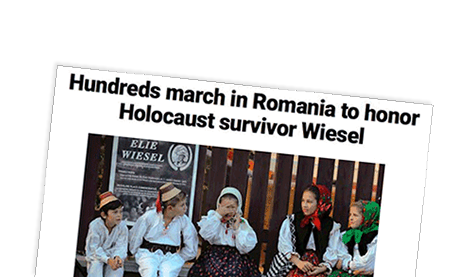 From Canada, with love

Limmud FSU Canada gets a top story in YNET, the largest Israeli news website, and casts a light on the immense Russian-speaking Jewish community in the country.
by Lori Stadtmauer, YNET
read the story 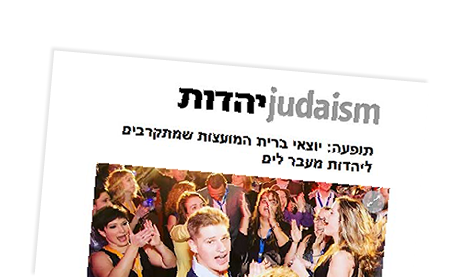 In this amazing article by JTA, we get a glimpse of the exciting event when Matthew Bronfman was made an honorary citizen by the mayor of Otaci, the town in Moldova where his great grandfather Samuel Bronfman was born. The event took place in the framework of Limmud FSU Moldova 2012.
by Gavin Rabinowitz, JTA
read the story 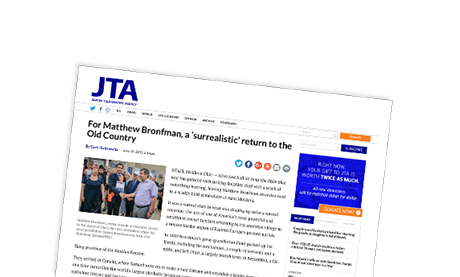 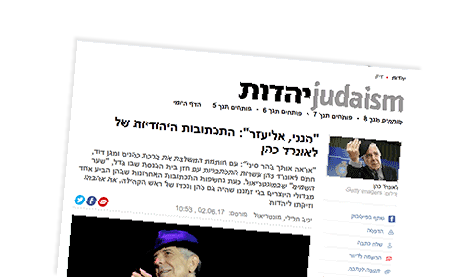 The first ever Limmud FSU Australia gets the spotlight at one of the most respectable Israeli publications.
by Haaretz
read the story 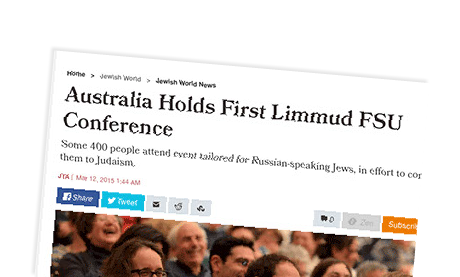 Times of Israel’s reporter with an amazing article about the essence of volunteerism and the Russian-speaking Jewish community in New York.
by Julie Masis, Times of Israel
read the story 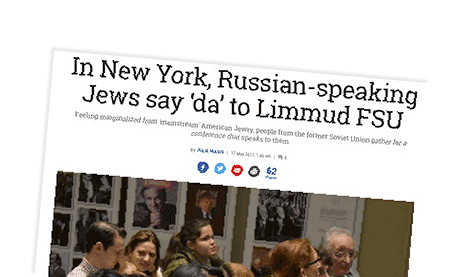 The journey to Australia

The weekly supplement by Makor Rishon with an amazing article about the Russian-speaking Jewish community in Australia, and Limmud FSU annual conference there in 2016.
by Ariel Shnabel, Makor Rishon
read the story 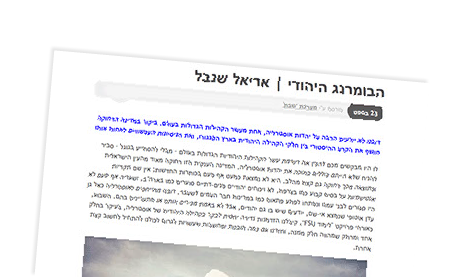 Pluralistic learning conference Limmud brings 700 Jews to Lviv for a fortifying dollop of spirituality and culture.
by Jessica Steinberg, Times of Israel
read the story 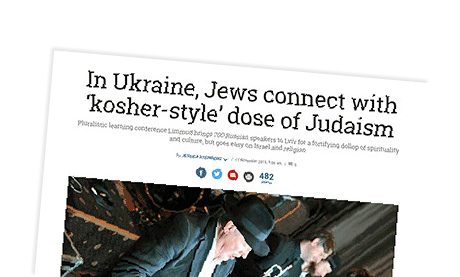 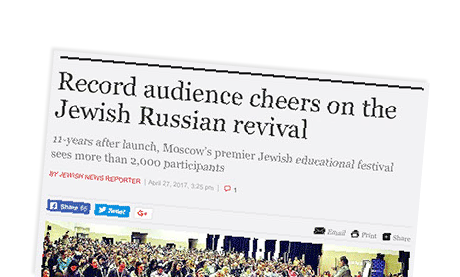