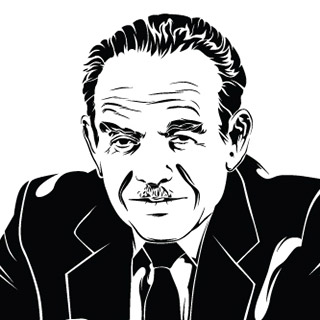 Yitzḥak Shamir (original name Yitzḥak Jazernicki) was a Zionist leader and prime minister of Israel in 1983–84, 1986–90, and in 1990–92. He was born in Ruzinoy - now Ruzhany in Belarus. Shamir joined the Beitar Zionist youth movement as a young man and studied law in Warsaw. He made Aliyah to Israel in 1935. Before the establishment of the state of Israel, Shamir was a leader of the Zionist paramilitary group Lehi. After the establishment of the Israeli state he served in the Mossad between 1955 and 1965, a Knesset Member, a Knesset Speaker and a Foreign Affairs Minister. Shamir was the country's third longest-serving prime minister after David Ben-Gurion and Benjamin Netanyahu. He died in 2012 in Tel Aviv and was buried at Mount Herzl. 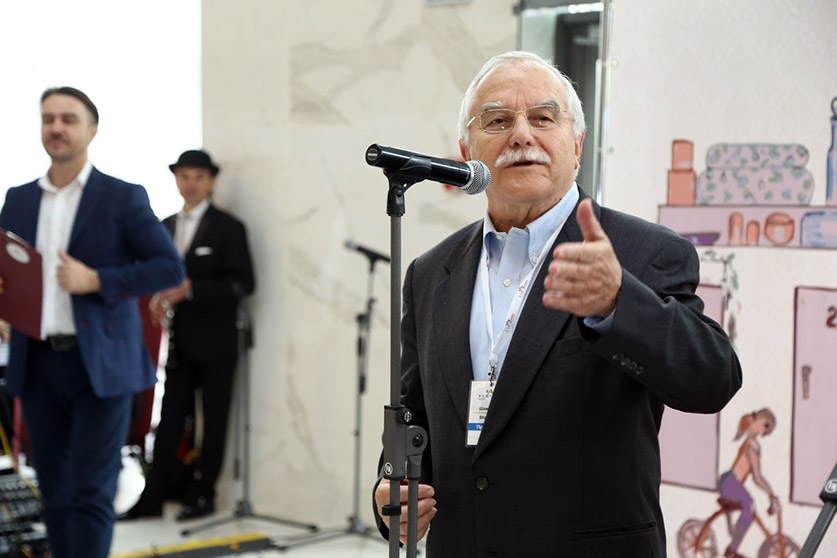 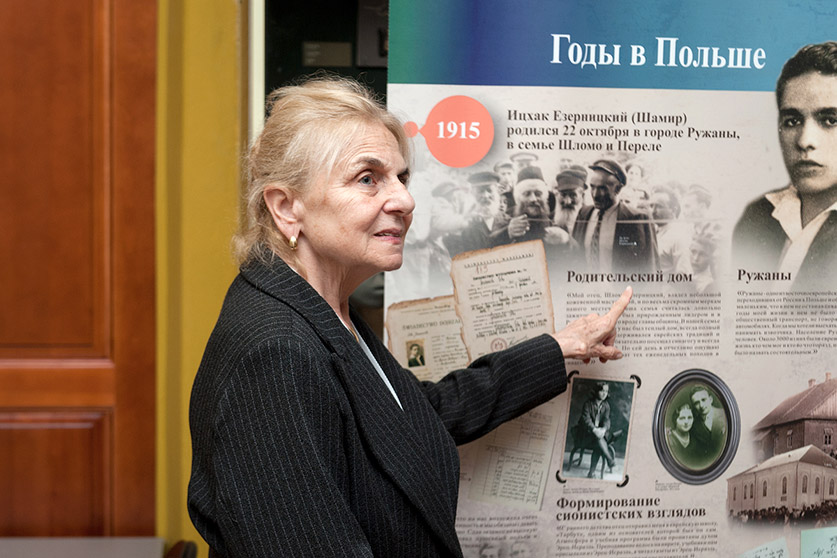 Launch of the exhibition honouring Yitzhak Shamir in Minsk. 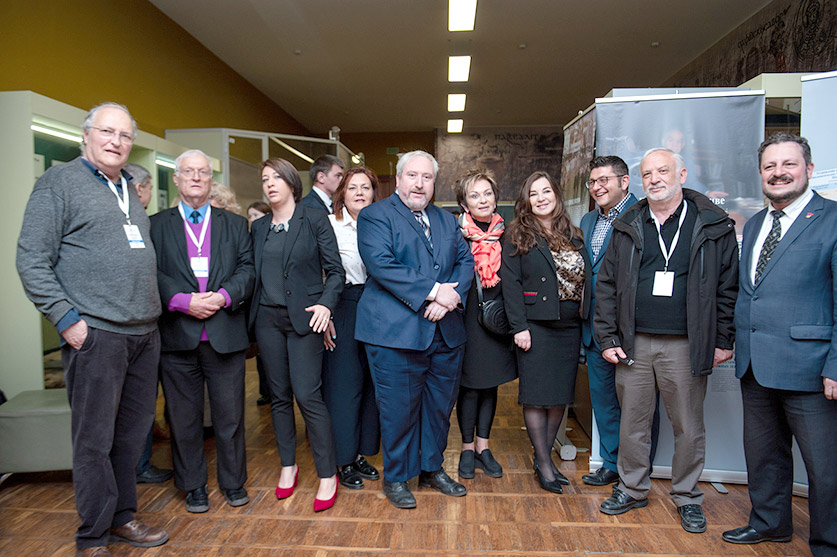 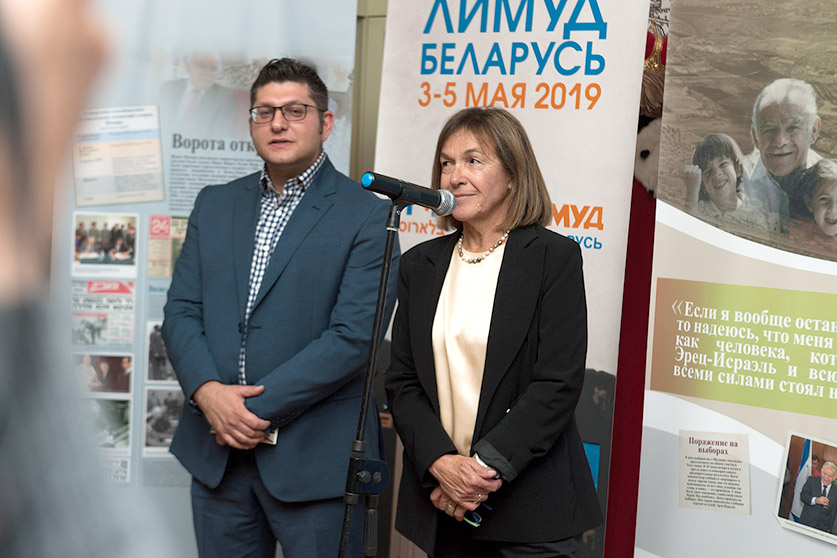 Herzl Makov at the exhibition launch. 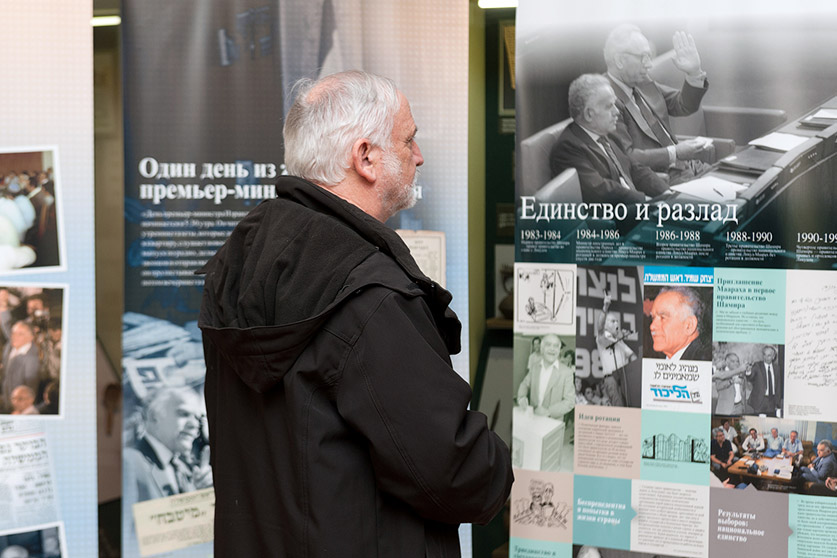 Special exhibition on Shamir in Minsk

On May 2019, Limmud FSU held the annual event in Belarus, taking place in the capital, Minsk. During the packed weekend, a record number of 600 Jewish participants took part in the biggest Jewish event ever to take place in the country. One of the highlights of the event was the opening of an special exhibition on the life and work of Yitzhak Shamir the seventh Prime Minister of the State of Israel, who was born in Belarus.

Taking part were his children, former Israeli Minister of agriculture Yair Shamir, and daughter, Gilada Diamant, as well as Herzl Makov, Shamir’s former director of the office and chair of Menachem Begin Heritage Center in Jerusalem – Limmud FSU’s partner in this initiative.

The exhibition was launched in the National history museum in Minsk, with participation of Alon Shoham, Israel’s Ambassador to Belarus; Hadas Kalderon, the noted Israeli actress and granddaughter of Abraham Sutzkever, the acclaimed Yiddish poet and Israel Prize laureate; Yana Agmon, the regional director of "Nativ" in Russia and Belarus; Chaim Chesler, Limmud FSU founder; Dorit Golender, vice-president of community relations in Genesis Philanthropy Group; Zeev Khanin, chief scientist of Israeli Ministry of Absorption; Efraim Zuroff, historian and Nazi hunter, director of the Israel office of the Simon Wiesenthal Center, and others.

The exhibition displayed photos and documents on all stages of life and activities of the iconic figure. "Today, more and more often we remember where the roots of our state are, and they are quite often from Belarusian places, ”said Ambassador Shoham, "One of the most noted Israeli prime ministers was born in Ruzhany, now this village is located in the Brest region."