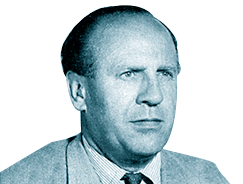 Oskar Schindler was a German industrialist and a member of the Nazi Party, who saved the lives of 1,200 Jews during the Holocaust by employing them in his factories in occupied Poland. He is the subject of the 1982 novel Schindler's Ark and its 1993 film adaptation, Schindler's List, who came to show extraordinary initiative and dedication to save the lives of his Jewish employees. He was named Righteous Among the Nations by the Israeli government in 1963. Schindler died in 1974 and was buried in Jerusalem on Mount Zion, the only member of the Nazi Party to be honored in this way.

Memorial plaque in the Chamber of Holocaust 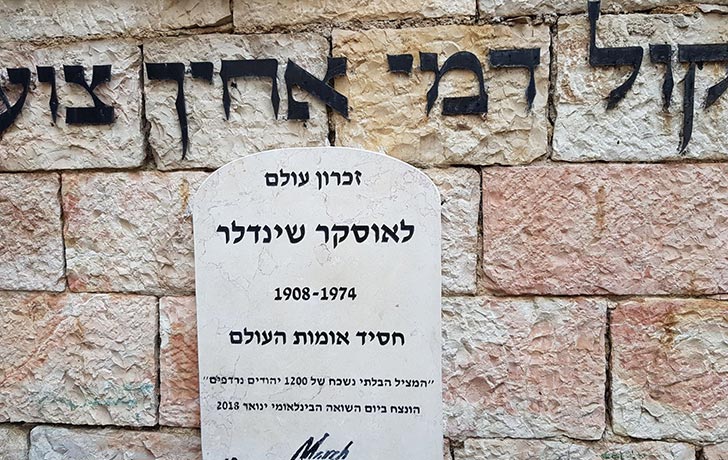 Next to Oscar Schindler's grave on Mount Zion 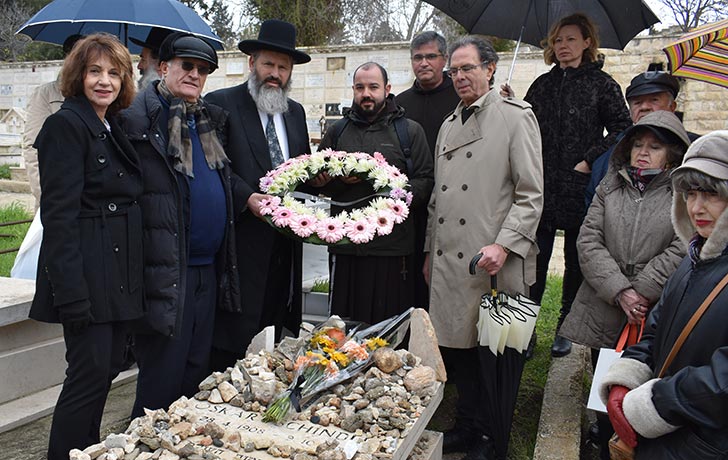 Candle lightning ceremony at the Chamber of Holocaust 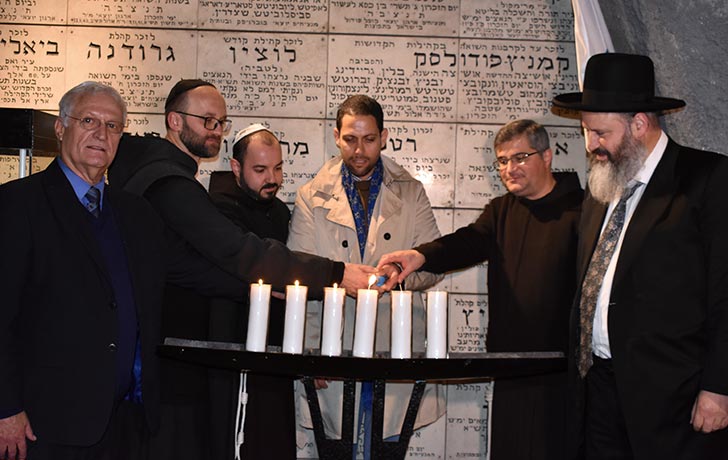 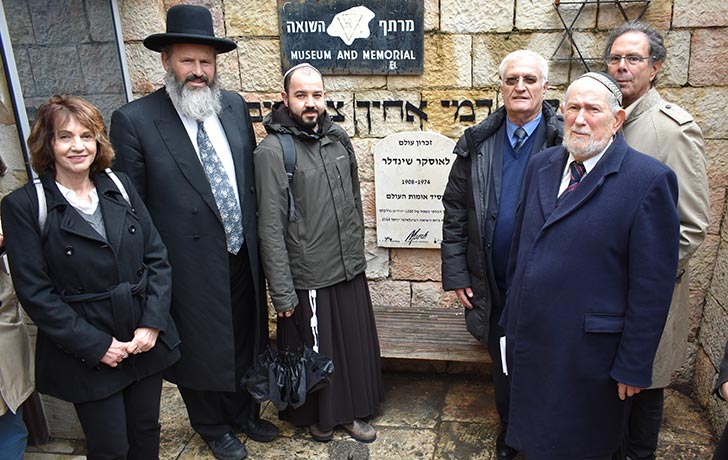 The participants next to Schindler's grave on Mount Zion 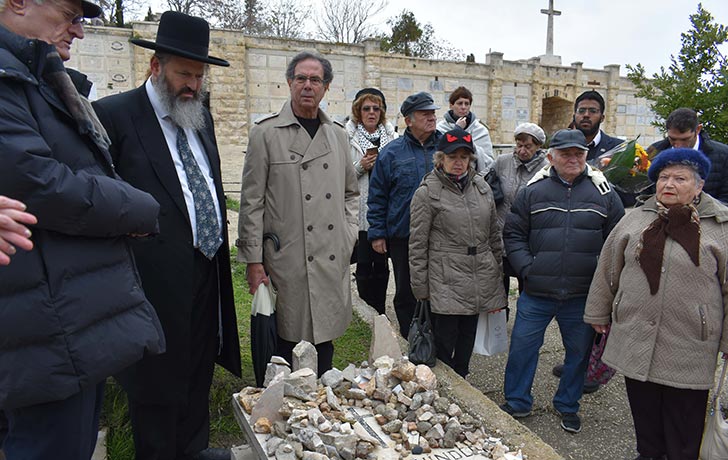 In the chamber of Holocaust 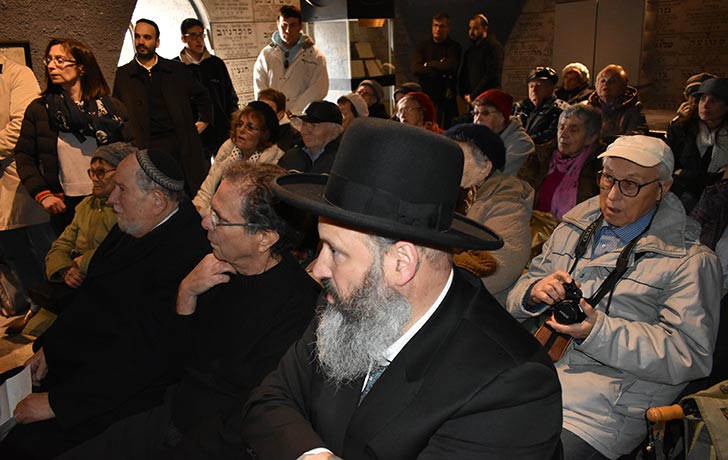 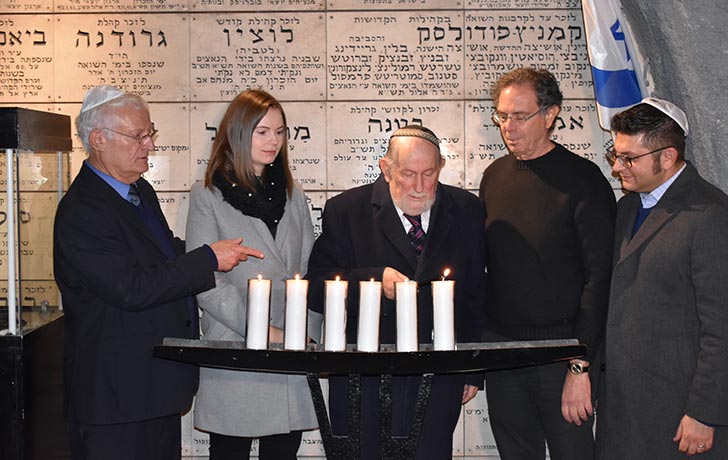 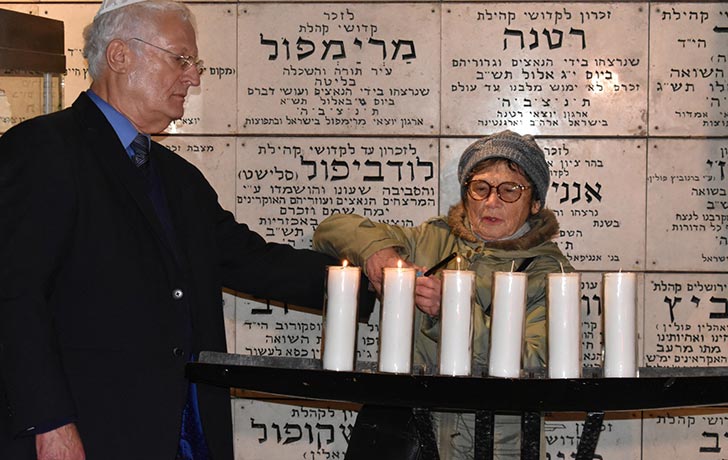 Chamber of the Holocaust event

"Chamber of the Holocaust is the place where the ashes of 250,000 Jews murdered in the Holocaust were buried, and this is the right place to commemorate one of the greatest Righteous Among the Nations" - Chaim Chesler

To mark the International Holocaust Remembrance Day 2018, a special event took place in the Chamber of the Holocaust on Jerusalem's Mount Zion, during which a plaque was unveiled in honor of Oskar Schindler. The Chamber was the first museum devoted to the Holocaust in Israel, and was established in 1949. The event was initiated by Limmud FSU together with the Conference on Jewish Material Claims against Germany and March of the Living.

Oskar Schindler was buried in the Catholic Franciscan cemetery on Mount Zion, near to the Chamber of the Holocaust. During the first years after its establishment, the Chamber served as a symbolic cemetery, and its walls were covered by survivors with memorial plaques to their destroyed communities. The event began at the cemetery, with a short ceremony next to Schindler's grave. The daughter of a Schindler's list survivor Yaakov Lazar, Lili Haber, who also serves as chairman of Krakow survivors organization, said that "Schindler saved not only 1,200 Jews while endangering his life, but tens of thousands of souls, descendants of the survivors. We must cherish and remember him."

Survivors and several senior officials took part in the ceremony, among them Representative of the Catholic Franciscan church, Father Alberto (Italy), Vice-President of the Claims Conference in Israel, Shlomo Gur, Chairman of March of the Living, Dr. Shmuel Rosenman, Rabbi Menachem Hacohen, former chief rabbi of Romania, Chairman of the Chamber of the Holocaust, Rabbi Yitzhak Goldstein, CEO of Amigur Yuval Frenkel and others.

Shlomo Gur, vice president of the Claims Conference in Israel, said: "The award of the title of Righteous Among the Nations is an atonement to Oscar Schindler, whose memory has been forgotten over the years. The event today is a tribute to the courage he displayed in rescuing the 1,200 Jews, we must continue to remember and not to forget."