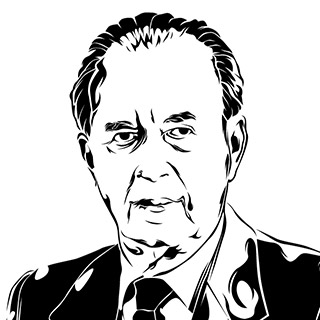 Born in 1922, Yitzhak Rabin served as Israel's military chief of staff before becoming the country's first native-born prime minister in 1974. During his premiership, the government placed special emphasis on strengthening the economy, solving social problems and reinforcing the IDF. Rabin reclaimed the post in the 1992 elections, and became known for his peace negotiations with the Palestinians, winning the Nobel Peace Prize in 1994. Rabin was killed by an extremist on November 4, 1995, in Tel Aviv. 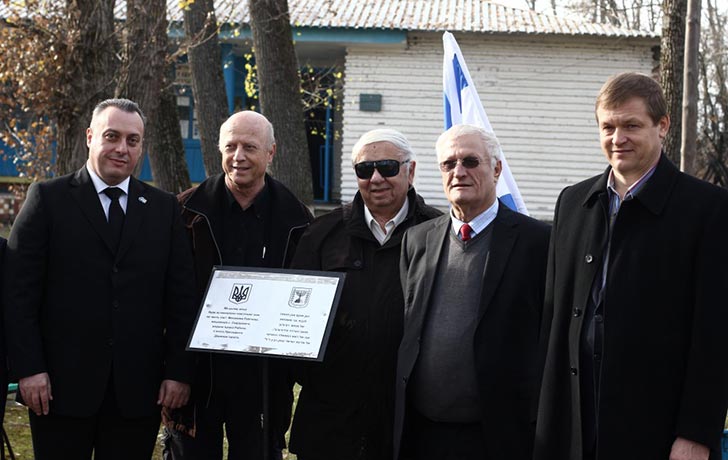 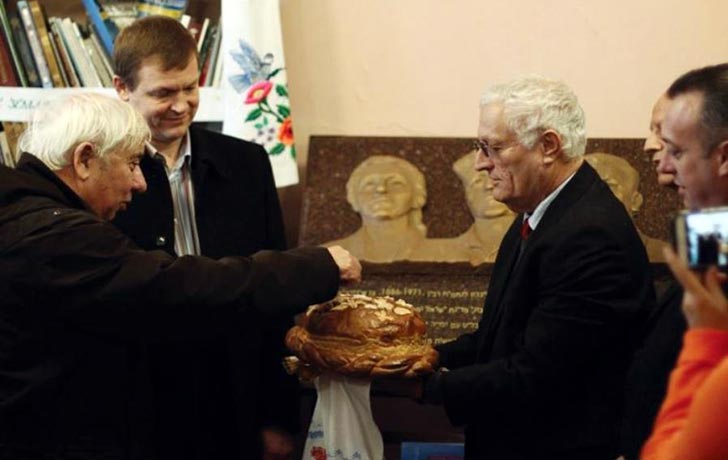 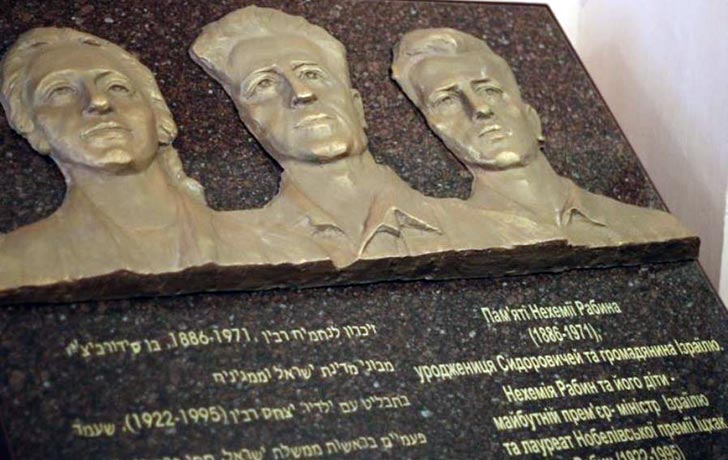 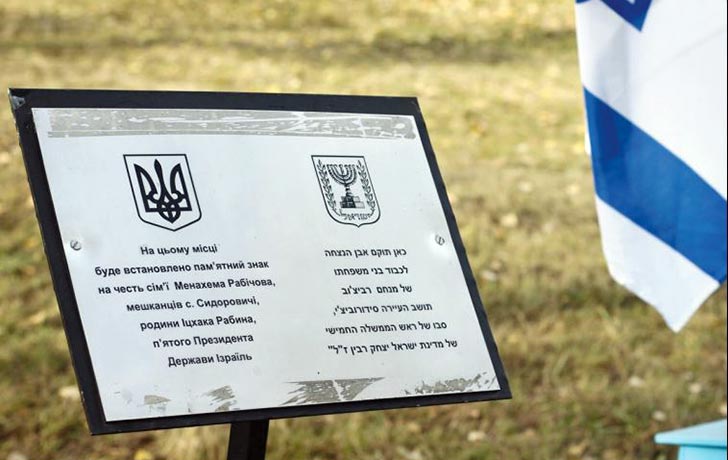 Commemoration of Yitzhak Rabin in Ukraine

“This event is very moving both for me and all the family. My grandfather would tell often tell us stories of his Ukrainian childhood" - Yuval Rabin.

In 2011, in the small village of Sidorovichi in Western Ukraine, not far from Chernobyl, history came full circle. Yuval Rabin, son of the late Prime Minister Yitzhak Rabin, unveiled a sculptured stone bas-relief plaque in the village where his grandfather Nehemia Rubichov was born in 1886 and emigrated from in 1905.

The memorial is situated at the entrance to the Rabin Cultural Center in the village and depicts Nehemia and his two children, Yitzhak and Rachel (who lives on Kibbutz Manara).

Yuval Rabin: "This event is very moving both for me and all the family. My grandfather would tell often tell us stories of his Ukrainian childhood and I am very grateful to Limmud FSU, Keren Haysod, the Jewish Agency and the Israel Cultural Center in Kiev who made possible this tangible tribute to the heritage of my father and grandfather."

The ancestral home of the Rabin family had been traced a year ago by Chaim Chesler, Limmud FSU founder. Earlier in the day, the delegation, which included MK Alex Miller, Chair of the Knesset Education Committee and Yulia Dor, Director of the Israel Cultural Center visited the Center which had been inaugurated by Yitzhak Rabin just one month before his assassination in November, 1995.

In 2015, exactly on the 20th anniversary of the assassination of Prime Minister Yitzhak Rabin, an unusual event took place in the village of Sydorovychi in the province of Ivankiv, Western Ukraine. Surrounded by a small group of rather bemused villagers in this rural and isolated hamlet deep in the black chernozem soil of Ukraine, on a bleak and chilly autumnal day, a group of Rabin family friends, together with Eitan Haber, the late prime minister’s head of bureau and spokesman, and activists from the Limmud FSU educational movement, have gathered together in the local community center of the small hamlet.

The occasion was to unveil a memorial tablet carrying the bronze image of Nechemia Rabin the father, flanked by his two children, Yitzhak and Rachel. The bas-relief sculpture was commissioned by a Ukrainian artist who based the work on an iconic photograph in the Rabin Center in Tel Aviv.

Gennady Polischuk, the director for Ukraine and Moldova of Nativ, the once-clandestine unit in the Prime Minister’s Office that deals with the Jews in the FSU, said that, "the dreams of Nechemia came to fruition through the lives of his children – dreams that were halted through three fateful shots. It is our responsibility to pass a message to the next generation so that history does not repeat itself."

Chaim Chesler, founder of Limmud FSU who had headed The Jewish Agency delegation in the FSU in the 1990s remembered that he was called by Haber who told him that the prime minister was due to make an official visit to Russia.

Chesler recalled that he had arranged that the prime minister would visit the Choral Synagogue of Moscow and "the usually stoic and unemotional general melted when a group of first year schoolchildren danced the hora with him and I actually saw a tear in his eye. Later on, when he opened the new Jewish Community Center in Kiev, I realized his deep connection to his Russian roots."