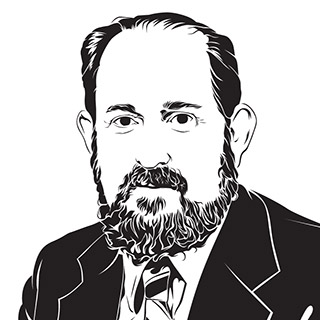 Rabbi Menachem Hacohen (born 26 July 1932) is an Israeli rabbi, writer, thinker, former politician and the Rabbi of Limmud FSU. He headed the Religious Worker faction in the Histadrut trade union, was member of the Knesset for the Alignment between 1974 and 1988, and also served as chief rabbi of the Moshavim Movement and the Histadrut. Between 1997 and 2011 he held the post of chief rabbi of Romanian Jewry. Hacohen has written various books, and also interested in interfaith dialogue - he currently sits on the Board of World Religious Leaders for The Elijah Interfaith Institute. 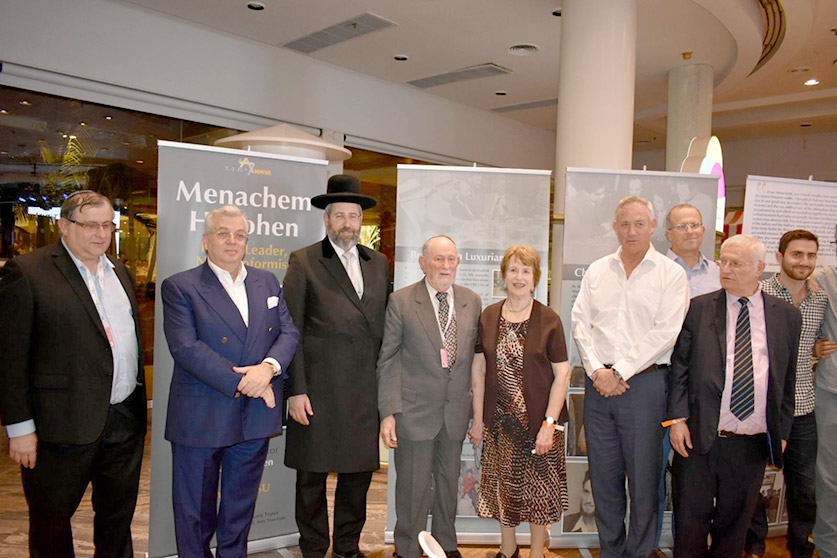 Aviad Ha-Cohen and Rabbi David Lau at the exhibition. 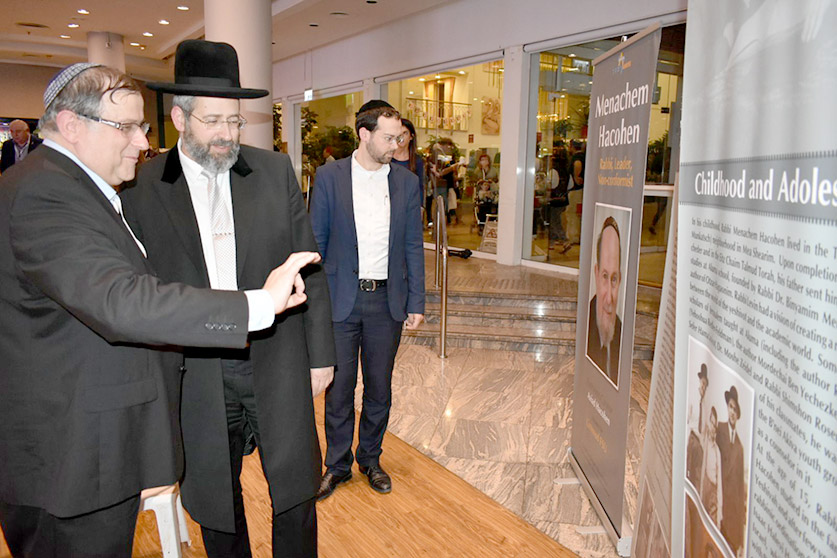 Opening of the exhibition. 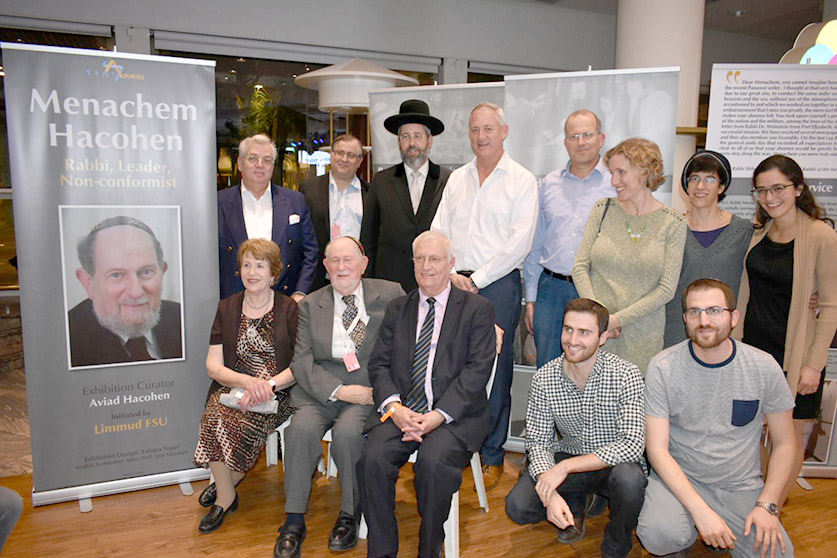 Honouring Rabbi Hacohen with exhibition on his life

"He taught us that a rabbi can be in any political party but be great to all the people of Israel. The State of Israel needs people like you."
- The Chief Ashkenazi Rabbi of Israel, Rabbi David Lau

85 years of activity: During the 2017 Limmud FSU Israel conference in Eilat, a special exhibition was opened in honor of Rabbi Menachem Hacohen, former MK, rabbi of the Moshavim movement and the Histadrut, and former Chief Rabbi of Romania. Among the guests of honor who came to greet the rabbi and to participate in the celebration were Ashkenazi Chief Rabbi of Israel Rabbi David Lau and former IDF Chief of Staff Benny Gantz.

The special exhibition was held at the initiative of the founder of Limmud FSU Chaim Chesler and edited and produced by his son, Prof. Aviad Hacohen - President of the Shaarei Mishpat Academic Center. It covered all the important points of life in the life of Rabbi Hacohen, including: his family and his childhood in Jerusalem, his military service, his time as the editor of the journal Mechanaim, the liberation of the Western Wall, his extensive political activity, the establishment of the Sapir Center for Jewish Culture and Education, his activities at the JDC and the Claims Conference, his activities as a rabbi of Limmud FSU, and more.

The Chief Ashkenazi Rabbi of Israel, Rabbi David Lau, congratulated Rabbi HaCohen and said: "The home of the Cohen family was also my father's home during his studies in Jerusalem. Rabbi Menachem HaCohen was there at various crossroads of the State of Israel, and in a variety of important events in our history. He taught us that the rabbi can also be a father, a friend, and a friend of the people. He taught us that a rabbi can be in any political party but be great to all the people of Israel. The State of Israel needs people like you."

Former IDF Chief of Staff Benny Gantz said during the event: "My entire family grew up on the knees of Rabbi Menahem Hacohen. My memory of your rabbinate is a memory of humanity, of warmth, of love, of acceptance and of giving. And that's what brought us closer, from my Bar Mitzvah at the Western Wall, through my wedding to the kiddush we do together and marking the holidays. For me it is a great privilege to represent the generations of the past, the present and the future, and to tell you a great deal of thanks for Derech Eretz. "

Also participated in the launch event - President of Limmud FSU Aaron G. Frenkel, founder of Limmud FSU Chaim Chesler, and the extended family of Rabbi Hacohen, including his wife Prof. Dvora Hacohen, and his sons Prof. Aviad Hacohen and Miron HaCohen, who serves as Registrar of Cooperative Societies at the Ministry of Economy.