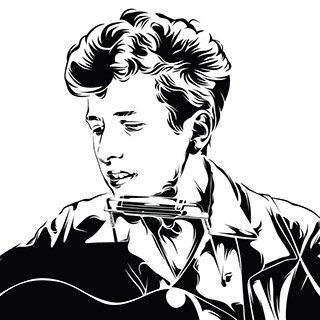 Bob Dylan (born Robert Allen Zimmerman in 1941) is an American singer-songwriter, author, and visual artist who has been a major figure in popular culture for more than fifty years. Dylan's paternal grandparents emigrated from Odessa to the United States following the anti-Semitic pogroms of 1905. His maternal grandparents were Lithuanian Jews.
Much of his most celebrated work dates from the 1960s, when songs such as "Blowin' in the Wind" and "The Times They Are a-Changin'" became anthems for the Civil Rights Movement and anti-war movement. His lyrics during this period incorporated a wide range of political, social, philosophical, and literary influences, defied pop-music conventions and appealed to the burgeoning counterculture. 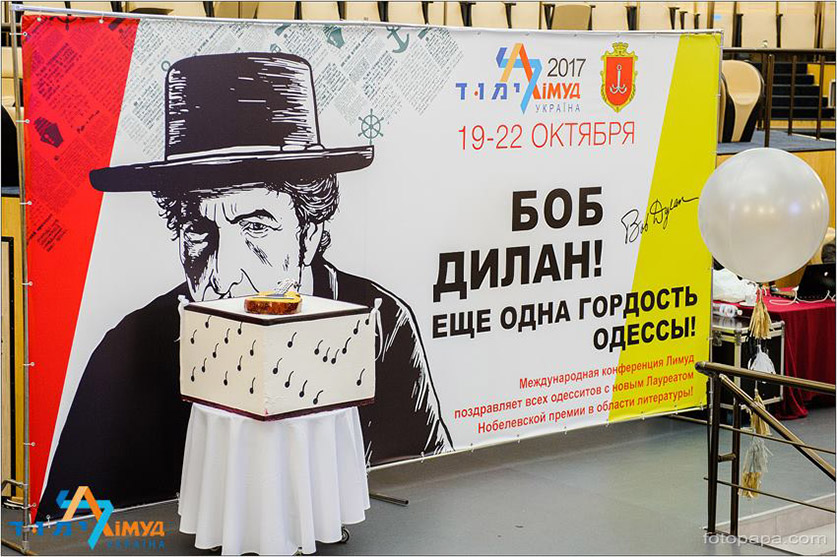 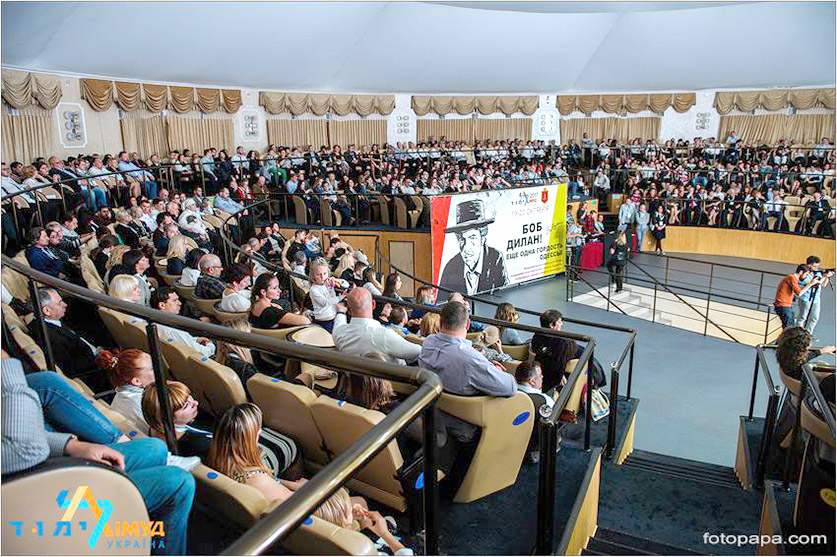 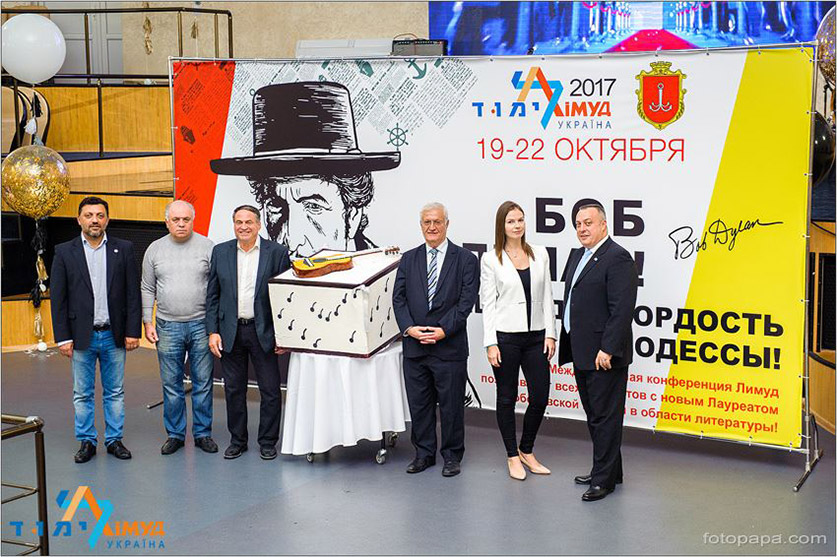 Chaim Chesler and Natasha Chechik next to Bob Dylan's sign in Odessa. 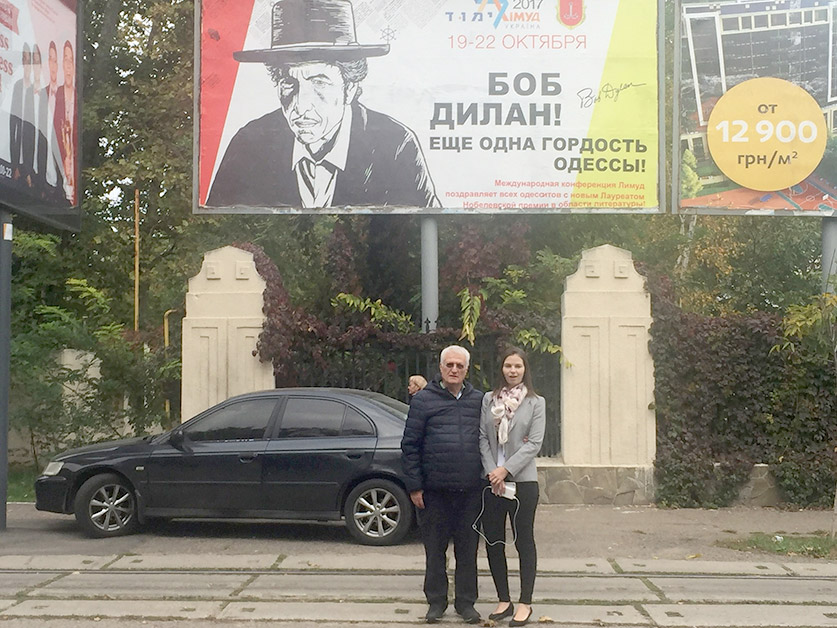 “We are celebrating an important family that went to America, the most famous Jewish American singer who won the Nobel Prize last year.”
- Chaim Chesler

“The City of Odessa and Limmud FSU congratulate the citizens of Odessa for Bob Dylan’s Nobel Prize in the field of literature,” says the sign — one of 12 placed strategically around the city — proudly claiming the American folk legend as one of their own. The campaign was initiated by Limmud FSU which held a conference attended by more than 1,000 locals in Odessa in Autumn 2017.

Limmud FSU Ukraine featured an array of more than 180 world-class speakers from around the world on a multitude of subjects ranging from art, to Jewish culture and tradition, literature, music, theater, history, politics, business and lifestyle. The event featured a special ceremony and a concert celebrating Bob Dylan, one of the most prominent Jewish composers and musicians of our time. Dylan’s paternal mother, Anna Zimmerman, together with her husband Zigman, emigrated from Odessa to the US in 1910. The event also included an exhibition on Dylan’s life "Forever young: behind Dylan's revolution and legacy", created by the Museum of Diaspora in Tel Aviv, and presented by one of its curators, Amitai Achiman.

“We will celebrate the wonderful gift that Odessa gave the world. This shows that the Jewish roots that come from Odessa last forever,” said Chesler. “When you dig in Ukraine, you see the top talent of all the world,” he said, also mentioning Jewish musical greats Leonard Cohen and Barbara Streisand, whose roots were also reportedly in the area.