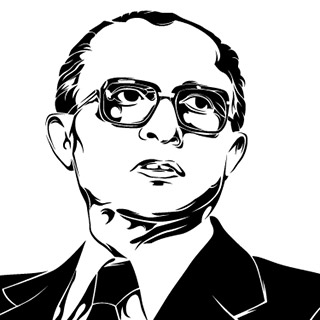 One of the most recognizable Israeli prime ministers, Menachem Wolfovitch Begin was born in Brest - Litovsk (now Belarus), on August 16, 1913, although it was then part of czarist Russia. He was prime minister of Israel from 1977 to 1983. Begin is perhaps best known for negotiating a Middle East peace with Egyptian President Anwar el-Sadat, in the Camp David Accords brokered by President Jimmy Carter. For this, Begin and Sadat shared the Nobel Peace Prize for 1978.

Israeli delegation next to Tachkemoni School in Brest, the school Begin attended as a child 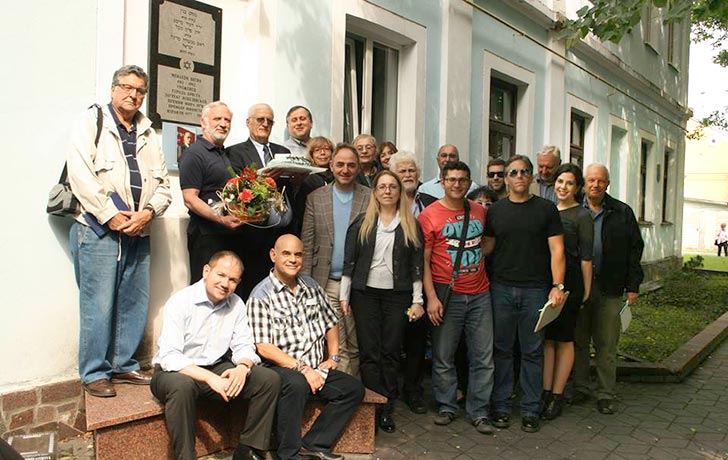 The launch of the exhibition in Westhampton Beach, NY 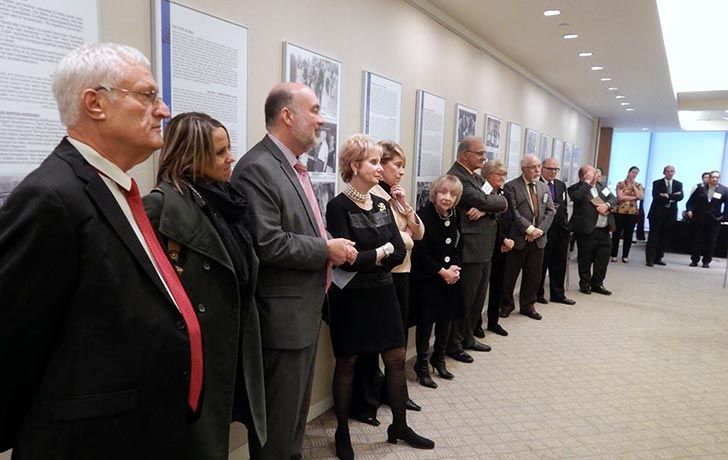 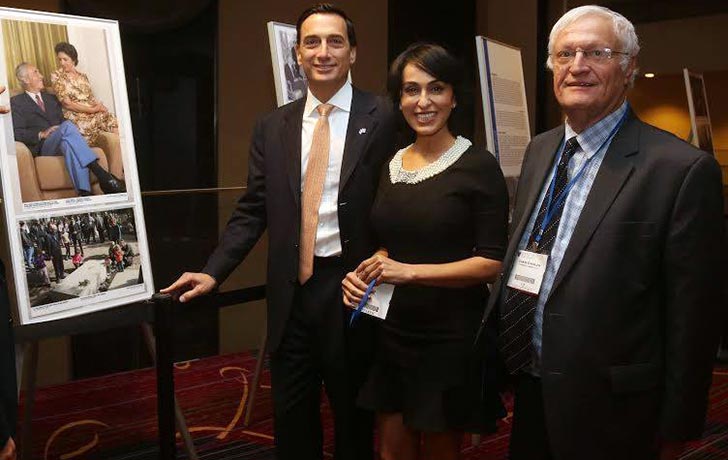 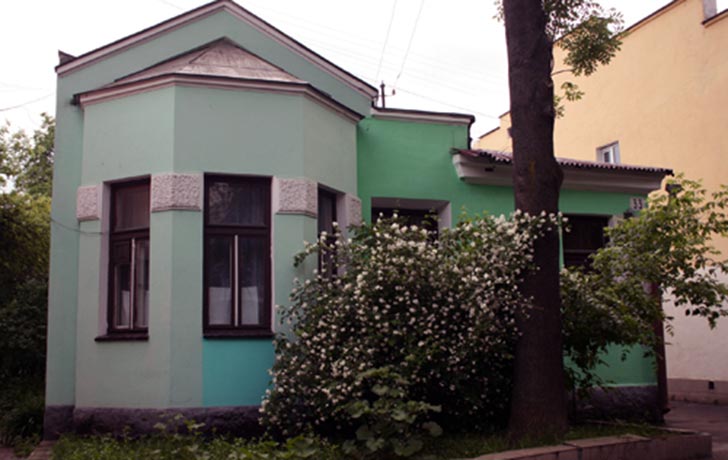 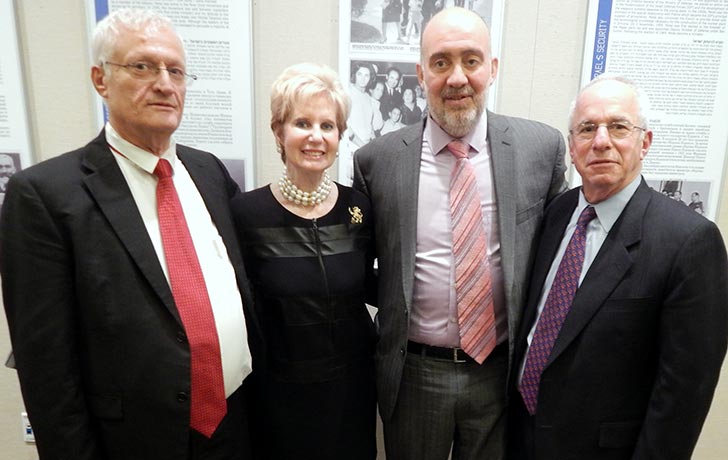 Opening of the special exhibition in Begin's memory in New York 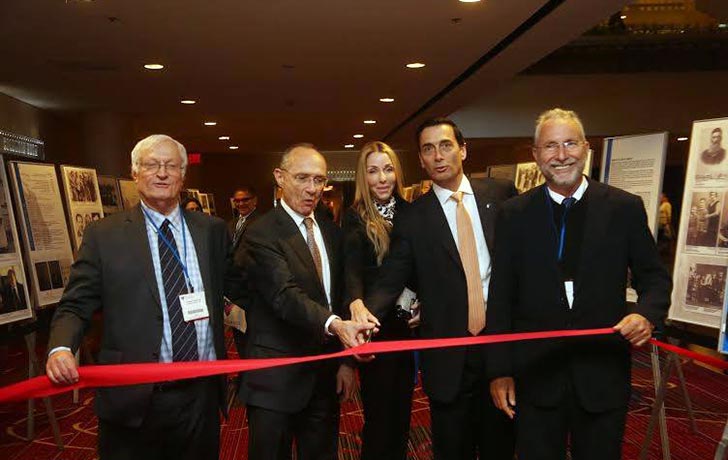 During the launch of the exhibition in Westhampton Beach, NY 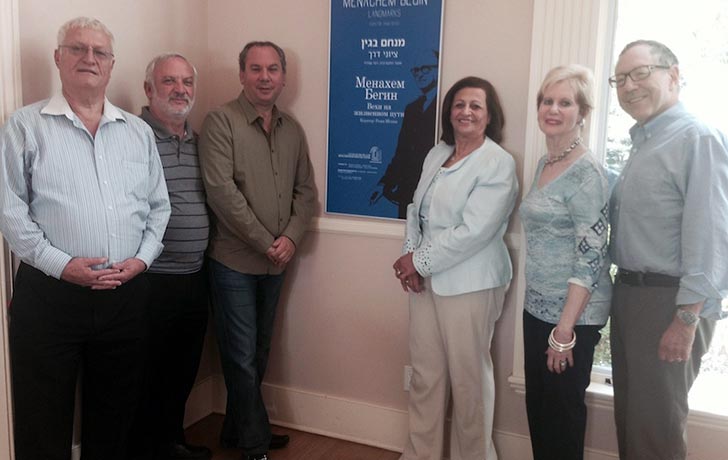 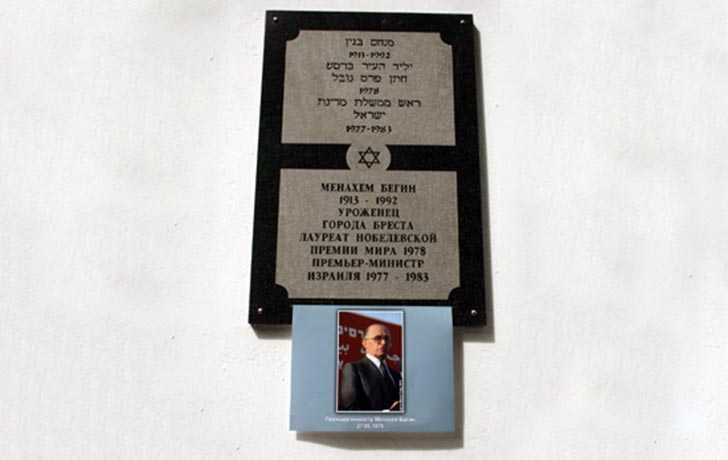 The commemoration event, which was organized by Limmud FSU and the Menachem Begin Heritage Center, took place in 2013 in front of the school he attended as a child (Tachkemoni School in Brest; 49 Kuybeshava St.).

It was the official launch of a host of events that occurred over the next few months to honor the Former Israeli Prime Minister and Nobel Prize Laureate and the marking of his 100th birthday.

Participants at the ceremonies included around 200 members of the local Jewish community, a delegation from Limmud FSU and representatives from the Menachem Begin Heritage Center in Jerusalem. The event was part of the Limmud FSU Festival that took place for the entire week in different cities throughout Belarus.

"We are very proud that we had the opportunity to open the events for Menachem Begin all over the world here in his hometown in Brest," said Chaim Chesler, founder of Limmud FSU. "Begin is not only the most famous Jew to come out of Brest, but probably the most famous resident to ever live in the city. By the turnout at these great ceremonies, it seems the people of Brest are beginning to realize that."

"From Brest-Litovsk to the Prime Minister’s Office"

Later this year it was launched at the Schwartz/Reisman Centre in Toronto, as a part of Limmud FSU Canada festival, and at UJA-Federation of New York

Limmud FSU, in cooperation with the Menachem Begin Heritage Center and the Hamptons Synagogue, opened a remarkable photographic exhibition in 2014 in Westhampton Beach, NY, focusing on the life and Eastern European Jewish roots of Begin.

"Milestones – From Brest-Litovsk to the Prime Minister’s Office,” tells the story of Begin’s life and career as commander of the pre-state Irgun, as the sixth prime minister of the State of Israel (1977-1983), and as a Nobel Laureate. The exhibition was curated by Rami Shtivi.