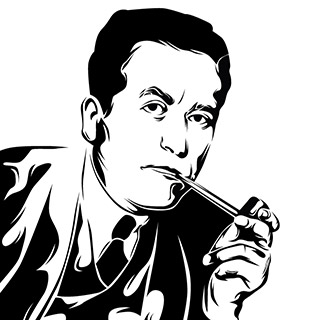 Shmuel Yosef Agnon (1888 – 1970) was a Nobel Prize laureate writer and was one of the central figures of modern Hebrew fiction. In English, his works are published under the name S. Y. Agnon. Agnon was born in Polish Galicia, then part of the Austro-Hungarian Empire, and later immigrated to Mandatory Palestine, and died in Jerusalem, Israel. His works deal with the conflict between the traditional Jewish life and language and the modern world. They also attempt to recapture the fading traditions of the European shtetl (village). In a wider context, he also contributed to broadening the characteristic conception of the narrator's role in literature. Agnon shared the Nobel Prize with the poet Nelly Sachs in 1966. 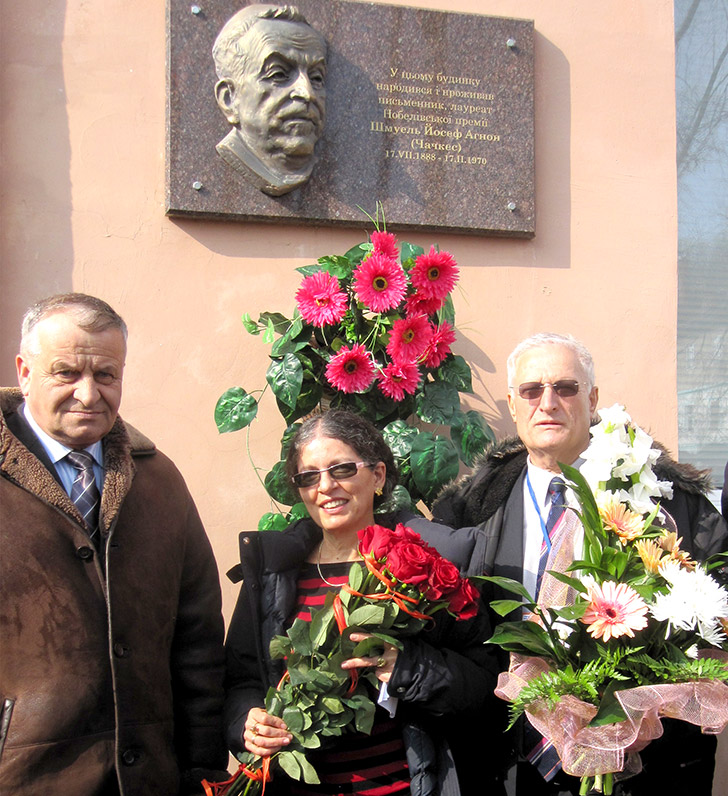 Yael Blau, the granddaughter of Agnon, next to the commemoration plaque in Buczacz, with Chaim Chesler.

Limmud FSU Ukraine 2010

Agnon's commemoration in his hometown

In March 2010, Yael Blau, the granddaughter of the Jewish writer, Nobel Laureate for literature, Shai Agnon, laid a wreath in honor of her grandfather at the memorial plaque in the bleak, snow-covered small town of Buczacz, in western Ukraine. The memorial is attached to the house where Agnon, born Shmuel Czachkesn, lived with his family,

The event was part of Limmud FSU Ukraine 2010, taking place the same week in Odessa

Shai (Shmuel Yosef) Agnon, born in 1888, left Buczacz for Palestine in 1908. He returned to Buczacz on a sentimental journey in 1913 and again in 1930 to visit his parent’s grave. His novel A Guest for the Night is based on the town, although he chose to call it “Shibush.”

“Buczacz never left Agnon and Agnon never left Buczacz. The town was to accompany him through his entire life,” said Prof. Dan Laor, head of the Department of Literature at Tel Aviv University, during the ceremony.